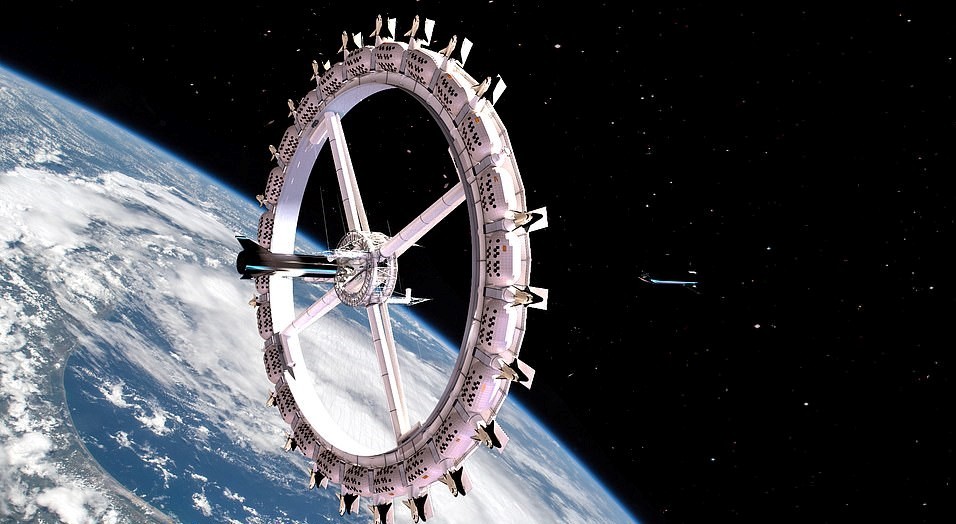 What will the hotel look like in the space projected for 2027?

An out-of-this-world luxury vacation, in the literal sense. This is what the Orbital Assembly Corporation (OAC) group, responsible for the construction of the Voyager Station, which will house what is intended to be the first Thehotel in space, which will begin construction in 2026 in low-Earth orbit with the goal of being operational by 2027. Some 400 tourists will be able to stay there. “This will be the next industrial revolution. The golden age of space travel is just around the corner,” explains John Blincow, founder of the Gateway Foundation, which is responsible for the project.

As if it were a science fiction movie, the Voyager Station will be a rotating space station designed to produce varying levels of artificial gravity by increasing or decreasing the rotation speed, according to the company, which reminds that artificial or simulated gravity is essential for long-term living in space.

The space hotel will include all kinds of amenities, such as observation lounges, concert halls, bars, libraries, gyms and a spa: everything you might enjoy on a cruise ship, except this time it will sail around the world every 90 minutes, as detailed by The Daily Mail.

The first piece of Voyager to be built is a non-pressurized inner ring structure with docking arms and stabilizers designed to capture and lock onto a visiting spacecraft that will be offloading passengers and cargo.

The outer ring structure will then be built. Inside this shell will be an access tube that will allow people to move freely around the station. This armature will be the backbone of the station and will allow the assembly of habitable modules, solar panels, radiators and a transport system.

This structure will house a series of large, connected and pressurized modules, an area to be called the Ring of Rooms. Each module will have a pressurized volume of 1,809.5 cubic meters and will have different configurations such as gymnasium, kitchens, bar and restaurant, modules for commercial use -hotels and villas-, for water and electricity, for employees or for scientific research.

Government agencies could use the station to house their own science module or as a training center for astronauts preparing to go to Mars.

No details have been released on the cost of building the space station or the cost of spending a night in the hotel, although OAC says these expenses are getting cheaper thanks to reusable launch vehicles such as the SpaceX Falcon 9 and the future Starship

The company recalls that historically a trip to space cost millions of dollars just to be able to stay in a zero-gravity facility, use vacuum cleaners for toilets, sleep in a bag strapped to the wall and live in a laboratory.

“Voyager Station will leveragethe technologies of space and the comforts of Earth to create a unique experience unprecedented in history. The simulated gravity will offer amenities such as toilets, showers and beds that function similarly to what you’re used to on Earth,” he says.

But the Gateway Foundation’s project is not the first to plan to launch a hotel in space. In 2011 the Russian company Orbital Technologies was planning a space hotel, located 217 miles from Earth, which was scheduled to begin operating in 2016.

The luxury villas can be booked for a week, rented for a month or purchased as a vacation home. “Our luxury villas are expected to be up to 500 square meters. They will have cooking facilities, up to three bathrooms and accommodations for up to 16 people,” he says.

The hotel rooms will be up to 30 square meters in size and these suites offer private bathrooms and accommodations for up to 2 people.

But the Gateway Foundation’s project is not the first to plan to launch a hotel in space. In 2011 the Russian company Orbital Technologies was planning a space hotel, located 217 miles from Earth, which was scheduled to begin operating in 2016.