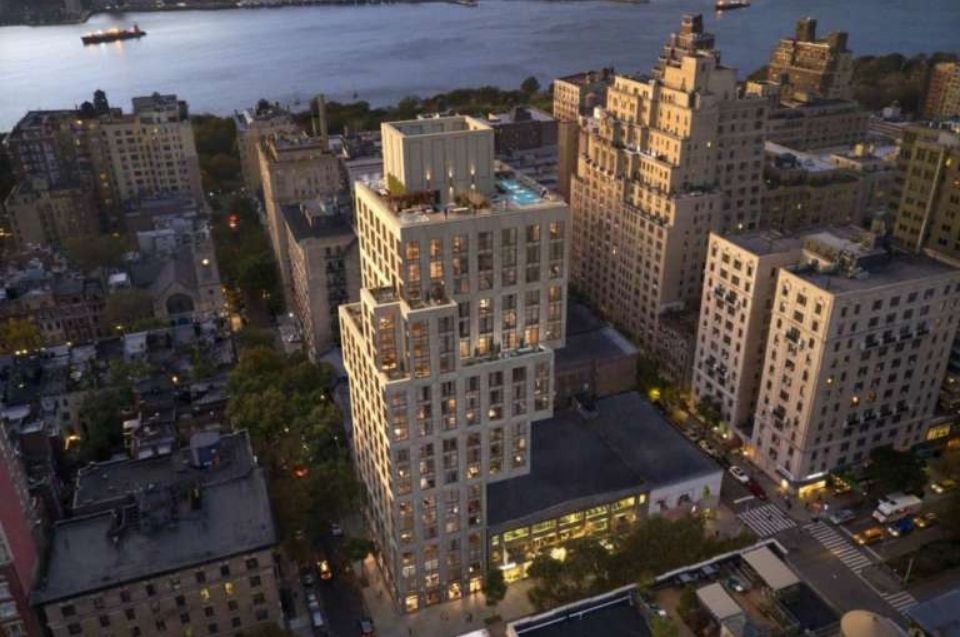 Manhattan’s unique skyscraper that widens as it rises

He was already known for his buildings based on blocks that are stacked in more or less irregular shapes, giving rise to projects such as the recently inaugurated one in Brooklyn (98 Front) or in the Lower East Side of Manhattan (100 Norfolk). Now the architectural firm ODA is going even further: it will erect a skyscraper that will have twice as much floor space at its highest point as at its base.

Thus, this building, named ERA and located on the Upper West Side of the Big Apple, from 20 stories and 76 meters high contravenes the general rule in these constructions, and that is that they get thinner as they go up, largely for guarantee the stability of the building and counteract the thrust of the wind.

For residential use, it will have 57 homes of between 2 and 5 bedrooms, the largest of up to 327 square meters.

The most striking feature of the design is its footprint, which increases as it ascends and as the upper floors of the building move outwards at each higher level.

“The cantilevered design of the building will allow for more space as the building rises, which will create much more community space on the rooftop,” explain the project managers at ODA.

The block will have 57 homes. Image: ODA.

Thus, the skyscraper culminates in a large area that includes a swimming pool and excellent views of the Hudson River.

Its unique design, explains ODA founder and principal Eran Chen, “allows people to enjoy the upper floors where there are open views, larger common spaces and an outdoor rooftop pool, something almost inconceivable in other Upper West Side buildings.”

The building will also have other common areas for residents, including a gym and yoga studio, library, lounge and playroom for children with the aim of creating a sort of “private club”.

As for the exterior, it will be clad in limestone and will have large windows on the facade, with balconies and gazebos specially located at the corners of the overhanging cantilevers.

The design aims to “pay homage through its materials to the timeless DNA of the Upper West Side”. Thus, it will include details such as reminiscences art deco in the windows to onramentaciones carved in stone. It is “a love letter to the past and the future” of the neighborhood.

Read more: This skyscraper will be the largest vertical farm on the planet

Thus, the deep windows with elegant and timeless mullioned windows will blend in perfectly with the surroundings although, up close, you will notice that they are much larger than the average for the area, which will allow for much more natural light and more open views over the surroundings, explains the firm.

SOPHISTICATED LUXURY ON THE UPPER WEST SIDE

As for the interiors, also the work of the studio, they will replicate the shapes and angles of the exterior, creating cohesion in the project and giving rise to elegant and sophisticated spaces. Marble and quartz, worked doors and mouldings, panelled fireplaces, bronzes and woods such as oak and walnut will be the materials used to achieve this.

The ‘jewels in the crown’ are its spectacular four and five-bedroom penthouses, with up to 325 square metres each and ceilings of up to 3.35 metres high, offering unbeatable views and abundant natural light to the spaces.

“The building marks a new era on the Upper West Side.” Hence its name, ODA concludes.